While the trend has only recently gained much traction, vertical gardens date back to 1938 when American landscape architect and professor Stanley Hart White patented an idea calling for the first known vertical garden. White’s patent for the Vegetation-Bearing Architectonic Structure and System described a method “for producing an architectonic structure of any buildable size, shape or height, whose visible or exposed surfaces may present a permanently growing covering of vegetation.”

Green walls, like other interior plants, can bring a slice of nature indoors, carrying environmental benefits. They also bring added aesthetic appeal, which has led to green walls becoming a booming trend in the interior design world.

According to recent studies, indoor environments may be as much as 10 times more polluted than outdoor environments. The plants used in green walls can absorb and clean pollutants from the air; through photosynthesis, they take in carbon dioxide and release oxygen.

In this respect, there are certain tropical species that are more efficient than others. For example, to remove Carbon Monoxide – a dangerous gas produced by open fires, gas stoves, appliances, heaters and cigarette smoke – the Spider plant (Chlorophytum comosum), the Janet Craig Dracaena (Dracaena deremensis ‘Janet Craig’) and the Ficus are good choices.

Dr. William Wolverton, NASA’s principal investigator researching air quality on space stations, said chemicals such as formaldehyde and carbon monoxide can be removed from indoor environments only by the plant’s leaves. VOCs, TCE, benzene, toluene, xylene and numerous other toxic chemicals can be removed by the plant’s roots, or by the microorganisms living around the roots which degrade and assimilate these chemicals.

Living walls also reduce ambient temperatures and provide thermal insulation and acoustical control. By reducing temperature fluctuations, green walls prevent the expansion and contraction of building materials, which could otherwise result in cracks, fractures and general deterioration of the building.

Both exterior and interior green walls can help to reduce cooling requirements and to mitigate the urban heat island effect while helping to save energy. Through the process known as transpiration, plants can slightly cool their surrounding environment. Green walls, with hundreds of plants, can reduce the temperature of a room by three to seven degrees Celsius, cutting electricity bills by up to 20 per cent.

While plants and trees have been used for years as barriers against traffic and other urban noise pollution, green walls inside buildings have the same effect. They insulate against noise and vibrations, and they reduce sound penetration.

Studies have shown that leaves dampen sound by reflecting, refracting and absorbing acoustic energy in small amounts. The amount of noise reduction is proportional to the number of plants, so green walls containing a large number of plants can substantially improve the acoustics of a room.

Research has shown that having a view of greenery increases workplace productivity and that having plants indoors reduces symptoms of discomfort. Also, gardens that are incorporated into hospitals create a sense of comfort for patients, leading to improvements in clinical outcomes and shortened stays.

In addition to those benefits, living walls are considered space-efficient systems because they make good use of available vertical surface areas, preserving floor space. Given all that, there are plenty of reasons for green walls becoming increasingly popular in interior spaces such as office and commercial buildings, residential, department stores, airports and restaurants. 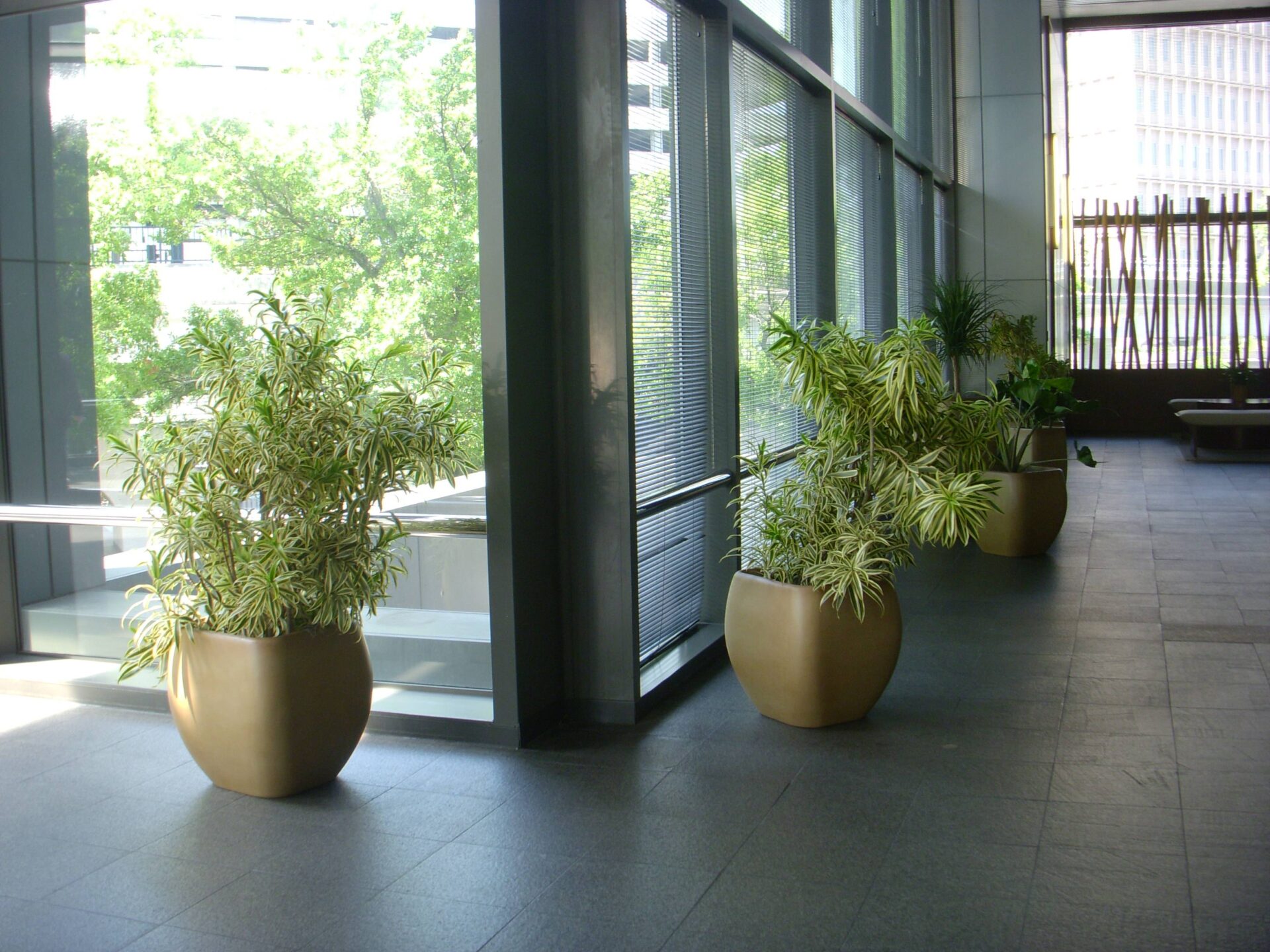